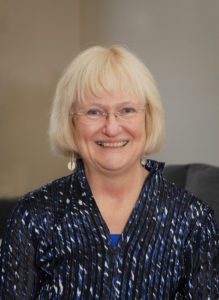 Diana is responsible for overall management of MJF in order to maximize resources that support access to civil justice, including legal aid, pro bono legal services, and related law education.

Diana has been MJF’s Executive Director since June 1, 2013. She returned home to Maine to begin this work after a 15-month interlude in Washington, D.C., where she was Senior Director of State Services at the National Association of States United for Aging and Disabilities.

Diana served three stints in Maine State Government. In 2006, she was appointed Director of Maine’s Office of Elder Services. During the 1980s, she held key positions in Maine’s Department of Human Services: Director of Rehabilitation, Director of Welfare Employment, and the Commissioner’s Special Projects Director. During the mid-1970s, Diana was a nonpartisan Legislative Analyst for the Maine Legislature.

Diana has had extensive consulting experience. Throughout the 1990s until the mid-2000s and again during 2011, she operated her consulting firm Vantage Point. She served more than 60 private nonprofit and public clients, including the Maine Indian Tribal-State Commission for whom she served as part-time Executive Director and the Maine Health Access Foundation for whom she was start-up consultant (and later served on the Board.)

Early in her career, Diana worked as a research assistant at the National Institute of Mental Health, a policy analyst at the National Conference of State Legislatures, and a Peace Corps community organizer in the Philippines. She has a B.A. degree from Wellesley College and an M.S.W. degree from the University of Michigan.

Diana has served on many local, state and national boards. Her most recent volunteer service is as a board member of Hallowell’s Harlow Art Gallery. She enjoys reading, theater, travel, and Sunday conversations with her son James who lives in the Washington, D.C. area. 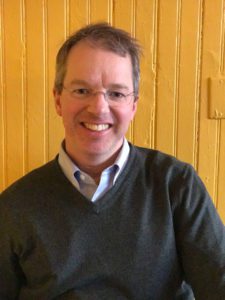 Matt works closely with the Executive Director and Board of Directors to design and conduct a multifaceted development program to help shrink the chasm between the need for civil legal aid for poor and vulnerable Mainers and the insufficient resources available to address this urgent need.

Matt  leads the foundation’s fundraising efforts, seeking annual support for our mission, as well as planned gifts and major gifts for endowed funds. He also helps develop the foundation’s communications.

Matt serves on the board of the Vaughan Woods and Historic Homestead in Hallowell. He lives in Hallowell with his family.

Joan has worked for MJF since 2004. Previously, she provided executive/administrative support for a number of statewide associations – Maine Petroleum Association, Maine Trial Lawyers Association, Maine Association of Broadcasters and Associated General Contractors of Maine. In 1993, she worked as a senate stenographer at the Legislature.
In her spare time, Joan is an avid gardener and thoroughly enjoys riding her Harley-Davidson motorcycle.

Sherri provides administrative support to the Foundation and its development efforts. She is responsible for maintaining Maine’s Interest on Lawyers’ Trust Accounts (IOLTA) program database. She also serves as MJF’s receptionist.

Sherri is responsible for gift processing for the annual Campaign for Justice and maintains its donor database. She also provides administrative support to the Maine Civil Legal Services Fund Commission.

Prior to joining the Foundation in 2001, her background included working many years in the field of Customer Relations. She is married with two children and enjoys photography, camping, and traveling.

Ways To Give I need help “I have one life and one chance to make it count for something… My faith demands that I do whatever I can, wherever I am, whenever I can, for as long as I can with whatever I have to try to make a difference.”

Jimmy Carter
- back to top -